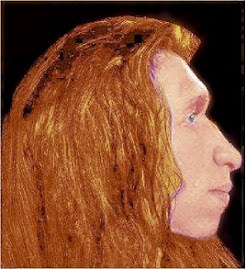 It appears that Melissa James now lives in Switzerland, not Australia. She says she is still Australian, however. And at some point, she will also update her website. In any case, wherever she happens to be, I'm glad she has put ut that website. It is a great help to all writers.
Anne G
Posted by Anne Gilbert at 12:05 PM No comments:

A good site for any aspiring writer

Melissa James is a writer, living, apparently, in Australia. She apparently writes romances, if her website is any indication. She has a bunch of very good tips that any aspiring writer(including me) would do well to pay attention to. These are things that good writers probably do, mostly unconsciously, and with practice. But there are always things to learn. I never heard of "deep POV(point of view) before someone on a writer's e-mail list pointed me to this site. But while I attempt to do some of the things she suggested, she had some advice I never thought of, but I'm going to try. One of these is, for very intense emotional scenes, not to use "tags"(e.g. "he said, she said"). This may be hard to do at first, but I can see where she's going with it. Which is why I'm adding her website to my ever-lengthening list of links on various subjects. I think it is well worth visiting, and I hope there's a comment section where I can tell her so.
Anne G
Posted by Anne Gilbert at 11:19 AM 2 comments:

The chatty Neandertals wore makeup, too!

New Scientist has come out today, with an article based on some research which came out a month or so ago. This research suggested that Neandertals not only spoke, but had a language. Not only did they have a language, according to Francisco d'Errico, one of the researchers, but they used manganese oxide "crayons" to create designs on themselves or their clothes or both. Creative folk, they! But we knew that already!
Anne G
Posted by Anne Gilbert at 4:20 PM No comments:

This is a shameless promotion

Tday, I'm shamelessly promoting a website I found, relating to writing and historical fiction, especially medieval-themed historical fiction. Sorry, there's no sci-fi there, but maybe Steven Till, who has another website, will add my Great Medieval Science Fiction Masterpiece when it becomse a Great Best Seller, and I become rich and famous --- I mean, let's face it. My ambition is to aspire to J.K. Rowling heights! But that's another story. Anyway, should any reader drop by here, I happily recommend Creative Writing, Historical Fiction, Fantasy, Medieval History. You, dear reader, could do far worse than go there. And maybe you'll find some books to read that you haven't read. I did!
Anne G
Posted by Anne Gilbert at 1:56 PM No comments:

Elizabeth Chadwick has another, absolutely incredible entry from The Trotula, a set of medieval medical treatises. They were all anonymously written, except for one, written, apparently, by a woman named Trota. They mostly deal with treatments of conditions peculiar to women. Which is nice, because I'm coming to a place in my present effort, which deals with a pregnant woman. And there are some, uh, interesting treatments in The Trotula, for childbirth problems, among others. Exactly how they were able to determine the way a fetus develops, in the way it does, is harder to determine, unless Trota(or whoever the author(s) might have been), had access to miscarried fetuses. Maybe they did. Whoever wrote The Trotula came from Salerno, which had one of the earliest medical schools in Europe. And they admitted women, too.
Anne G
Posted by Anne Gilbert at 3:18 PM No comments:

They're at it again!

I'd love to tell y'all more about my writing and the "medieval" side of my research. Unfortunately, I can't at the moment. Because the indefatigable "Neanderstupids" are at it again. The latest blast in this direction is here. Yeah, I know, I know. Some people will surely buy into this idea. Only trouble with it is, while there are "random skull differences", I'm not at all sure they point to mental and cultural capacities Neandertals supposedly didn't have. Cultural differences, yes, most probably, but that in itself would not have led to their disappearance. Besides which, there's no real archaeological evidence to back this idea up. The kind of "cultural differences" they seem to be referring to, appear to have happened long after Neandertals disappeared! But that's another story.
Anne G
Posted by Anne Gilbert at 5:42 PM No comments:

John Hawks has quite a bit to say about a paper by the prehistoric archaeologist Francisco D'Errico on the possibility of lanugage in Neandertals. The evidence keeps piling up and piling up.
Anne G
Posted by Anne Gilbert at 3:48 PM No comments:

Robert Sawyer has done it again! He has given the would-be writer some cautionary advice about when, and how often, their masterworks are likely to be optioned into films. Which is to say, not very often. This is one of the reasons, incidentally, why I dislike seeing an increasing number of books written in the present tense. I think some of these people are thinking "film script". I have discussed this elsewhere, but hadn't thought of Sawyer's angle, though I should have. Anyway, it's just one more reason why I feel that writers, unless they have a very good reason to do so, should not try to be too ambitious or too "arty".
Anne G
Posted by Anne Gilbert at 4:58 PM No comments:

While I'm on ths subject of things medieval, I would like to do something I've been wanting to do for a long time. I have to go back some centuries earlier than The Trotula, but since some of this stuff will appear in my Great Medieval Science Fiction Masterpiece, I'm going to do it. What is it? Anglo-Saxon riddles. Some of these riddles(and the English at that time were great "riddlers", just as some African people are today), are rather obscure, or have possible multiple answers. Others are less "obscure", but may seem a bit "racy" to people living today. The people of Anglo-Saxon England had that in common with some sub-Saharan African "riddlers" too. Some of them are just incomplete. They can be found at the website Anglo-Saxon Riddles. They are fascinating!

Here is a sample of some of them.

Riddle #43
I heard of something rising in a corner,
Swelling and standing up, lifting its cover.
The proud-hearted bride grabbed at that boneless
Wonder with her hands, the prince's daughter
Covered that swelling thing with a swirl of cloth.

Riddle #23
I am a wonderful help to women,
The hope of something to come. I harm
No citizen, except my slayer.
Rooted I stand in a high bed.
I am shaggy below. Sometimes the beautiful
Peasant's daughter, an eager-armed,
Proud woman, grabs my body,
Rushes my red skin, holds me hard,
Claims my head. The curly-haired
Woman who catches me fast will feel
Our meeting. Her eyes will be wet.

See if you can guess the answers! If not, they are provided on the same site. Or maybe I'll be nice and provide them for you. In any case, this is a little window into how some people of that time looked at the world.
Anne G
Posted by Anne Gilbert at 5:09 PM No comments:

Over at Elizabeth Chadwick's Living the History, there is a nice little blog entry on The Trotula, a medieval medical text dealing with women's medical issues. Apparently the text is now in a book called, you guessed it, The Trotula. Some of the treatments(e.g. for fixing your hair), sound rather nice, others --- well, I wouldn't want to try them. But then, medieval physicians did the best they could with what they had. A lot of what they "had" was patient observation and some common sense, so some of their remedies were likely to have worked. Since not very many people could afford those treatments, there were more local and available people(often women)who made similar observations and had a lot of common sense. What is really interesting, although Chadwick doesn't mention this is, that The Trotula may have been compiled by a woman. Apparently in Sicily, where the book is thought to have been first compiled, women were allowed to learn and practice medicine. In any case, The Trotula sounds like it gives a good deal of insight into the medieval way of looking at things.
Anne G
Posted by Anne Gilbert at 4:58 PM 2 comments:

Again, Julien Riel-Salvatore has some useful comments about the recent story on "Neandertals getting wiped out by cannibalism. It relates back to my last post, http://writersdailygrind.blogspot.com/2008/02/neandertals-cannibalized-themselves.html on the subject, in which I expressed surprise that, once again, media writers were trying to make claims about still another behavior that some Neandertal groups seem to have shared with some "modern" humans. Riel-Salvatore really puts this in perspective, and suggests some tests that could be done to prove or disprove this hypothesis.
Anne G
Posted by Anne Gilbert at 5:23 PM No comments: